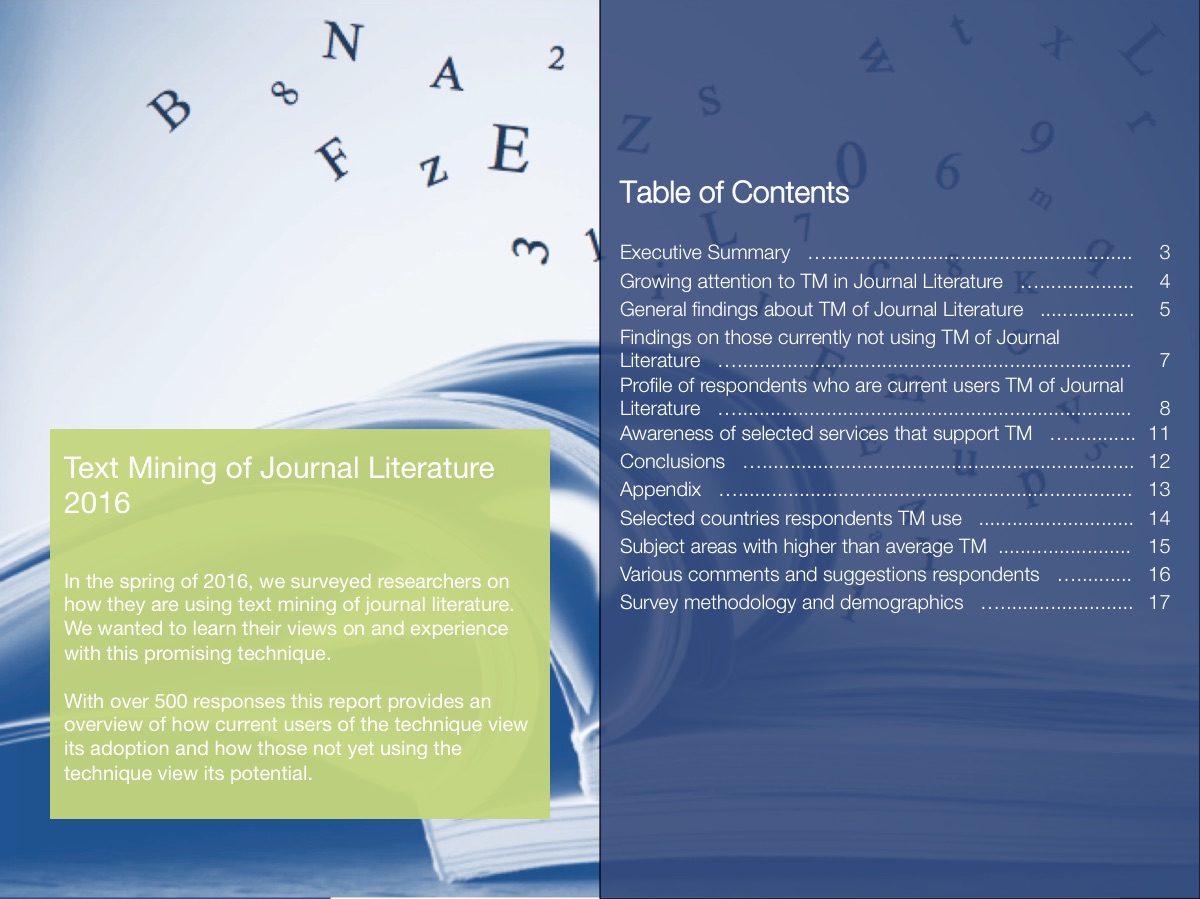 London, May 2016: The Publishing Research Consortium has commissioned Maralte BV to investigate the knowledge, views and experiences of researchers with text mining of journal literature.

The Report’s key findings are:

Marten Stavenga, Director of Maralte BV comments: “Our respondents across all the main subject areas using text mining techniques are very positive about text mining of journal literature, and they envisage that text mining has the potential to be of relevance for every researcher in their field.”

Michael Mabe, Chair of PRC comments: “PRC has commissioned this study because we are aware of rising attention being given to the potential for text mining techniques, and we are curious to understand the state of play with researchers. This study serves as a benchmark for further study and helps inform the current debate around text and data mining.”

The study involved a survey in March/April 2016 of over 15,000 researchers, generating 520 responses, together with extensive desk research involving keyword searches of the journal literature in Elsevier’s abstract and citation database Scopus to gauge the extent to which text mining techniques are being applied to current research.

This survey and literature search represents the most up to date snapshot of text mining activity and awareness of the techniques among researchers. While not derived from a fully representative and statistically significant sample, the range of responses nevertheless provides a valuable benchmark for future surveys and a reference point for current debates about the value of text mining to science, still very much a fluid area.

The report Text Mining of Journal Literature 2016: Insights from researchers worldwide is available from publishingresearchconsortium.com.